Soumya is an independent legal consultant with over 7 years of experience. An alumnus of National Law University, Delhi and National University of Singapore, she has worked with various Tier-1 Law firms and is an expert in employment law, contract drafting and legal research. She enjoys writing and has been actively contributing articles for LegalKart for more than a year. 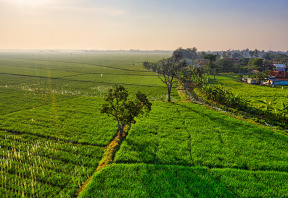 How to get a duplicate land registration Document?

You should follow certain steps in order to get your duplicate land registration document. These steps are:

Like with all lost things, one should publicize that a land registration document is lost and give the return address in the advertisement. If, within a certain time, no one comes forward to return the document, then you can proceed to the next step.

You will have to obtain a Form 22 application, either online or from the sub-registrar’s office. Fill this form and submit it with the sub-registrar to obtain a duplicate land registration document. If the document you have lost/misplaced is a patta record, you also have to apply it to the revenue office.

People Also Read This: All You Need To Know About Land & Property Registration

When you apply for a duplicate land registration copy, you should also accompany your application with certain documents. These documents are: 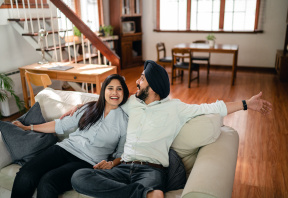 If you have bought or otherwise acquired a house, this transaction needs to be registered. House registration is necessary for two reasons:

You will have to register your house with the local Sub-Registrar of Assurances, who has jurisdiction over the locality in which your house is located.

Depending on your State, Steps 1, 2, or 3 can be done online. However, in every State, for Step 4, the parties and the witnesses must be present.

This online house registry checklist will help you ensure that all the requirements of the house registration procedure fulfilled: 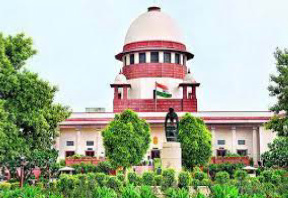 The Supreme Court in recent years has always taken a gender-neutral stand when it came to division of property between daughters and sons. The judiciary continues to take progressive steps towards making succession law more women friendly. In its 11 August 2020 landmark judgment in Vineeta Sharma v Rakesh Sharma, a three-judge bench of the Supreme Court held that daughters and sons have equal coparcenary rights in a Hindu undivided family (HUF). In its decision, the Supreme Court clarified two points:

Until the Vineeta Sharma judgment, equal status was granted only to daughters whose fathers  were alive when the amendment came into force on 9 September 2005. The Supreme Court upheld this view in 2015. However, in 2018 the Supreme Court issued a contradictory ruling in Danamma v Amar, granting two daughters of a coparcener rights in their father's property even though he had passed away in 2001.

A son can claim his share in an ancestral property even during the lifetime of his father. In any case, the applicant seeking his share in the property must prove his succession. However, the act does not count a stepson (the son of the other parent with another partner, deceased or otherwise) among the Class I heirs.

The court, in some cases, allows a stepson to inherit the father’s property. For instance, in a case addressed by the Bombay High Court, the applicant was the son of a deceased Hindu woman’s issue with her first husband. The woman acquired the property from her second husband who did not have any legal heir except his wife. The court upheld the stepson’s claim and declared that after the woman’s death, her son - the stepson of the second husband - could claim his succession over the property. This decision was made when the nephews and grand-nephews of the deceased second husband claimed title to the property.

People Also Read This: About Property Rights of Daughters in India

According to the Hindu Succession Act, 1956, a son or a daughter has the first right as the Class I heirs over the self-acquired property of his or her father if he dies intestate (without leaving a will). As a coparcener, an individual also has the legal right to acquire his or her share in an ancestral property. But in certain situations, a son may not receive his share in his father’s property. These situations include a father bequeathing his property to someone else by way of will.

The Supreme Court has time and again given progressive decisions and has made devolution of property a more equitable arrangement.