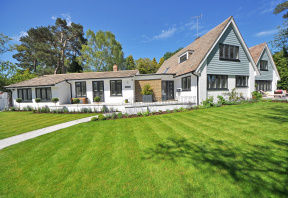 Throughout your life, you will acquire multiple properties. All of these properties, taken together, comprise your estate. When you pass away, your estate must find new owners. Otherwise, it will be left in an 'ownerless' estate.

Succession is of two types:

Testamentary succession is nothing more than executing a will. A will would then govern how your property is distributed among your legal heirs. A will includes the following information:

a) Who gets your estate

b) How is your estate distributed among the various heirs?

Persons named in your will are your legatees. You can choose anyone to be your legatee. It is not required that a legatee is your relative. Wills are recognized under the Indian Succession laws.

The Indian Succession Act, 1925 governs the making and enforcing of Wills. It is the law which governs testamentary succession in India. Indian Succession Act, 1925 applies to everyone, except Muslims. Muslims are governed by their own personal laws. A Will gives you freedom to distribute your property according to your wishes.  However, if you are a Muslim, you cannot bequeath by a Will any more than 1/3 of your estate unless your legal heirs' consent to exceed this cap. There is no such limitation for anyone else.

You can execute your Will in accordance with the Indian Succession Act, 1925, if you are not a Muslim. If you are a Muslim, you have to execute your Will according to the Muslim personal laws. Capture the will in writing and sign it. You can also affix your thumb impression on the Will. Two witnesses need to attest the Will. These witnesses should have seen you sign the Will. A Will can be executed on plain paper. A Will need not be executed on a stamp paper. It is also not necessary to be registered.

Muslims can execute their Wills through a far easier procedure. Your Will need not be signed or written. It can even be oral. There is no need for attesting witnesses. You need to make your intent clear through your Will. However, oral wills are difficult to prove. Hence, It is preferable to capture your will in writing.

After one passes away, a person should be made responsible to execute the will. Typically, lawyers are given this responsibility.  When another person implements the instructions given in the Will of a deceased, it is called executing the Will. The person who executes the Will is called an executor. Executors take care that the estate is distributed in accordance with the Will. There can be multiple executors. You can choose one person or more than one person to act as executors of your Will.  Remember to take their consent. Choosing an executor should be a careful process. If you don't appoint an executor, or the executors refuse to act as executors after your death, the competent court can appoint some of your legal heirs as the executor[s].

If you die without leaving a Will, your property would pass on through Intestate succession. Laws governing intestate succession in India are not uniform. You are governed by the personal law of your religion.

While different laws apply to different religions, the core provisions are uniform across all laws. Certain persons will become the new owners of your estate. These persons are known as your legal heirs.

For instance, consider a married Hindu male. If you are a Hindu married male, ordinarily, your wife, sons, daughters, and mother are your legal heirs. They will each take an equal share of your estate. If you pass away leaving behind,a son, daughter and a wife, each of them will be entitled to an equal share. If your daughter is already deceased and is survived by her daughter, then your grand-daughter would also have a right in the property through her deceased mother.

People Also Read This: Know About Inheritance Rights in India

The Hindu Law of Succession is contained in the following three sources:

The Indian Succession Act 1925, is one of the oldest Indian statutes governing succession. It governs intestate succession for Christians, Parsis, and some other religions.

However, the Indian Succession Act is special for two other reasons. 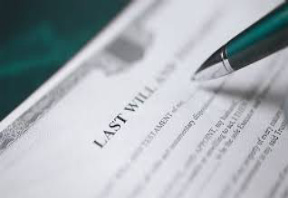 Intestate succession means a succession without a will. A will generally dictates how a person plans to transfer his assets or properties after his death to his/her heirs. A person dies intestate when he has not bequeathed his properties according to a will. Succession can either be testate or intestate.

In some cases, a person leaves behind a Will, which specifies property distribution after their death. In such cases, the Will controls succession.

When succession takes place in this manner, it is known as testamentary succession.

Under Hindu Law, the property is of two types:

This distinction is important because, depending on where you reside, different rules govern the succession of Joint Family Property and Self-Acquired Property.

The succession of Joint Family Property

Depending on where you reside, you will be governed either by Dayabhaga Law or Mitakshara Law. Generally, Hindus living in West Bengal, Orissa, and parts of Assam, are governed by Mitakshara Law, and Mitakshara Law governs all other Hindus. Both of these refer to old schools of religious Hindu law that prevailed in these respective geographical regions. Once upon a time, these schools of law governed the substantial part of Hindu succession. Today, there are of minimal significance. Legally, its only importance in the present is determining the order of intestate succession.

The succession of Self-Acquired Property

The rules governing the succession of Self-Acquired Property of the deceased varies based on the gender of the deceased. However, the same rules apply to all Hindus regardless of whether Dayabhaga Law or Mitakshara Law governs them. 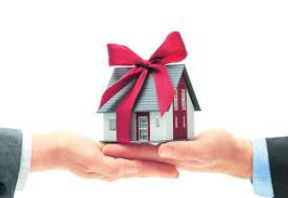 You want to gift your near and dear ones some property? You can do so by drafting a gift deed! A gift deed is a legal instrument for transferring moveable and immoveable property. The transfer of property by a gift deed is voluntary and without any consideration. A gift is generally made based on love and affection, for example, the gift of ancestral property by a grandfather to grandchildren. Section 122 of the Transfer of Property Act, 1822 governs a gift deed. Under Section 117 of the Registration Act, it is compulsory to register the same if you gift an immovable property.

How to Draft a Gift Deed?

A gift deed should include the following information:

People Also Read This: What is the difference between a conveyance deed and a sale deed?

How to Draft a Gift Deed of Immovable Property?

A good Gift Deed of Immovable Property should contain at least the following elements in its content:

How to Draft a Gift Deed of Movable Property

A good Gift Deed of movable Property should contain at least the following elements in its content:

People Also Read This: Land & Property Registration: All You Need To Know

How to Draft a Gift Deed of Money?

No stamp duty is payable on a gift of money. A Gift Deed of Money is not required to be registered. If the parties wish to, then they can register it, but this is not mandatory. Hence, a Gift Deed of Money can very well be executed on plain paper and signed by the parties. You can also execute it by an exchange of letters between the parties containing a clear offer followed by an unconditional acceptance of that offer.

A good Gift Deed of Immovable Property should contain at least the following elements in its content:

What is the Difference Between A Gift Deed and a Property Sale?