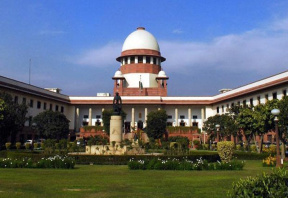 Referred Sections in the Judgement:

This matter was first filed u/s 125 CrPC claiming maintenance by Ms Abhilasha’s mother  (Abhilasha  is the one who filed the current matter in Supreme Court) from her husband (father of Abhilasha) for herself and her three children (one of them was Abhilasha). The learned Judicial Magistrate by their judgment dated 16.02.2011 dismissed the application under Section 125 allowed the grant of maintenance for Abhilasha till she attains majority.

The above judgement was challenged before the court of Session Judge. This was dismissed by the learned Additional Sessions Judge by order dated 17.02.2014 and the Hon’ble Judge midified the order  and said that Abhilasha  shall be entitled to maintenance till 26.04.2005 when she attains majority.

The above order was challenged through an application under Section 482 Cr.P.C. which was was filed before the  Punjab Haryana, High court. High Court through its judgment dated16.02.2018 dismissed the application filed under Section 482 Cr.P.C. and said that previous both courts were correct in their judgement and said that Abhilasha was entitled to get maintenance till she is attaining majority and not thereafter since she is not suffering from any physical or mental abnormality or injury. High Court also said that in such a situation when a child, who though has attained majority but is unable to maintain itself only then is entitled to get maintenance.