Daughters have the birthright in the ancestral Property: Supreme Court 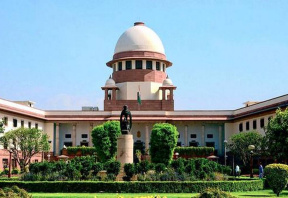 With this Judgement now Daughter can have equal social status at par the son in the family and they are equal claimant in the paternal property.

Summery of the Judgement:

Supreme Court held that daughters will have equal coparcenary rights in Hindu Undivided Family properties, irrespective of whether the father was alive or not on 9 September 2005, when an amendment came into force.

The bench decided that The provisions contained in substituted section 6 of the Hindu Succession Act, 1956 confer status of coparcener on the daughter born before or after amendment in the same manner as son with same rights and liabilities.”

Supreme Court also acknowledged the fact that due to the ambiguous legal interpretations & conflicting decision there are many cases pending before different high courts and lower courts & daughters should not be deprived of their rights of equality conferred upon them by section 6; directed that all such pending cases should be decided as far as possible within a time frame of six months.