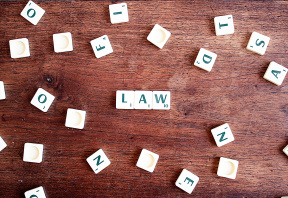 A contract is typically a written agreement wherein the parties fix the terms and conditions of their relationship and transactions. Termination of a contract is very important as it provides parties with an exit option. Under the Indian Contract Act 1872, a contract can be terminated by the parties involved by giving legitimate reasons like frustration, repudiatory breach, termination by prior agreement, rescission, or on completion.

Such termination may occur by the mutual consent of the parties or by law. However, if a contract is breached or terminated without mutual consent, then the party other than the one breaching it can seek certain legal remedies on account of such termination.

Following remedies may be pursued for if there is a termination of the contract:

It is important that a contract includes all these remedies in writing. It is advisable to approach a lawyer and assess which remedies to termination of the contract, maybe the most beneficial. 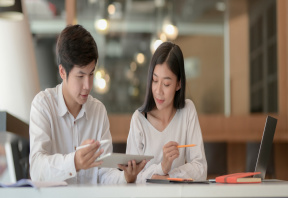 Indemnity is a term that you may have heard or read often while going through commercial contracts. Do you know what does indemnity mean? Indemnity is defined as compensation which one contractual party gives to the other for the loss suffered. However, it is not this simple, and there are many contractual issues involved. We shall discuss and explain the issues associated with indemnity.

What is an Indemnity Clause?

It is a promise to hold a person harmless from the consequences of his act. It can be express or implied. Companies, while entering into a contract, happen to mention an indemnity clause so as to manage risk arising out of acts by another party effectively. It is viewed as a form of security against a financial loss. The contracting party who promises/gives the indemnity is called the indemnifier while the contracting party to whom indemnity is given is called the indemnity holder. The definition of Indemnity in Indian Law is narrower compared to the English Law. While the latter definition includes within its scope losses arising from any cause (fire, ravages of the sea, etc.), the Indian definition only allows for a promise to indemnify losses arising out of actions directly attributable to the promisor or by any other person. Basically, loss must be on account of human agency.

What Can be Claimed as Indemnity?

An indemnity is typically required under certain events. These include intellectual property rights infringement, loss to property, losses to third parties, etc. Even if one has indemnified a product for a particular amount, a valid claim can only be made for the exact amount of loss made and not the entire amount. Also, it is a settled law position that a party can be indemnified before suffering actual loss provided that such loss is imminent.

Are Indemnity and Damages Same?

Damages are described as compensation for legal injury. The following are differences between Damages and Indemnity :

How to draft an effective Indemnity Clause?

There is a tendency to simply use previous indemnity clauses without tailoring it to the requirements of the contract at hand. This diminishes its effectiveness. Certain key points to keep in mind while drafting the Indemnity Clause are:

Thus, Indemnity clauses seek compensation for actual or potential damages arising out of certain set events. They are usually subject to intense negotiations on account of the liabilities they impose. Such clauses should be drafted with care and should be tailored as per the requirements of the contracting circumstances. Otherwise, they are likely to be rendered useless when a dispute arises. 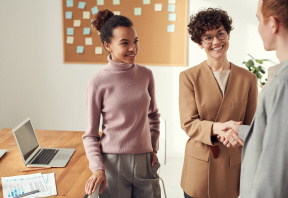 A Lease agreement is quite common among corporate entities. It is like an arrangement between two parties with respect to rights of possession over some property for a specific time period and consideration. The basic function of the agreement is to ensure a clear demarcation of the terms and conditions involved in the said transfer. A poorly drafted agreement, more often than not, is the reason for extended litigation in Courts. Therefore, it is absolutely essential to understand the fundamental aspects of a Lease Agreement and the necessary points to incorporate in the same.

What is a Lease?

A Lease is a transfer of possession rights over some property over an agreed-upon time period and monetary value. An important thing to note here is that in a lease, the ownership of the property is not transferred. The law governing the transfer of immovable property is the Transfer of Property Act, 1882.

The following are certain key terms involved in the framing of a Lease Agreement:

A Lease Agreement needs to be specific and exhaustive enough to cover the subject matter at hand and, at the same time, protect one's interests. The following are certain key drafting points to keep in mind while framing a Lease Agreement:

Lease Agreements, especially in a commercial transaction, consists of various complicating circumstances, especially on account of the amount of money involved. This merits proper understanding of exactly what one expects out of the lease agreement and framing the same accordingly. The twin objective of any well-drafted agreement should be to grant peace of mind to the parties entering into a contract and prevent frivolous litigation. The points discussed above, though not exhaustive in any sense, should help achieve the same.