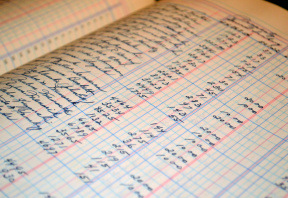 Every company requires an Auditor to audit its financial accounts. This ensures that the company is not manipulating its accounts, inflating its profits or cheating its shareholders. An audit is an examination of accounting records to determine its genuineness. The law mandates that every company needs to appoint an Auditor to examine their accounts. Through this post, we shall discuss how to appoint an auditor.

Appointment of auditors occurs in many situations. We shall discuss below the procedure and the situations where an auditor is required to be appointed:

Every company needs to appoint the first auditor within 30 days of incorporation. Typically, the Board of Directors appoints the first auditor. Certain criteria are laid down in the Companies Act for an auditor, The auditor is required to sign a written consent and certificate confirming that he fulfills the given criteria.

The tenure of an auditor appointed by the board shall be until the conclusion of the first Annual General Meeting (AGM). In case they fail to appoint one, an Extraordinary General Meeting (EGM) shall be convened within 90 days. Government companies are exempted from this rule. Appointment in government companies is done by Comptroller Auditor General within a set period from incorporation, failing so the Board of Directors fulfills the duty. In case both fail to carry out an appointment it is the members, through an EGM, who end up appointing an Auditor.

Appointment of Auditor in the first AGM

During the first AGM the company (except government companies), can appoint an individual or a firm as an auditor. The tenure would be from the conclusion of that meeting until the conclusion of the sixth AGM. It is carried out through an ordinary resolution.

An Audit Committee formed by the Company shall recommend the candidates after taking into consideration the requirements of the company and the qualification of those concerned. The Board of Directors can disagree with the recommendation and can ask them to reconsider.

Appointment of Auditor arising out of a casual vacancy

If there is a vacancy arising out of death, disqualification or resignation of an auditor then it’s referred to as Casual Vacancy. If the same arises out of resignation, then the EGM appoints a new one within 3 months of the recommendation of the Board.  If it is any other reason than Resignation the Board appoints an Auditor within 30 days. Any auditor appointed in a casual vacancy continues to hold office until the ending of the next Annual General Meeting.

The retiring auditor can be reappointed again provided that he is not disqualified, has not given a notice to the company about his unwillingness to continue and no special resolution appointing some other auditor or specifically denying his re-appointment has been passed. If no auditor is appointed at the end of the tenure of the serving auditor then the same auditor shall continue.

An Auditor, who is statutorily appointed can only be removed by a special resolution, after obtaining the previous approval of the Central Government on that behalf in the prescribed manner. The auditor concerned shall be given a reasonable opportunity of being heard before proceeding with the same.

An Auditor is a necessary part of company functioning. They ensure the money invested or earned by the company is utilized in a proper manner. Audits carried out by the Auditor increases trust of the Public and Government in a company. This increase in trust and compliance ultimately helps in increasing investment in the business. It also helps keep the company financially healthy by detecting fraud.