The better way for
Property Legal and Documentation!

You finalized your property or have
its documents and planning to invest. 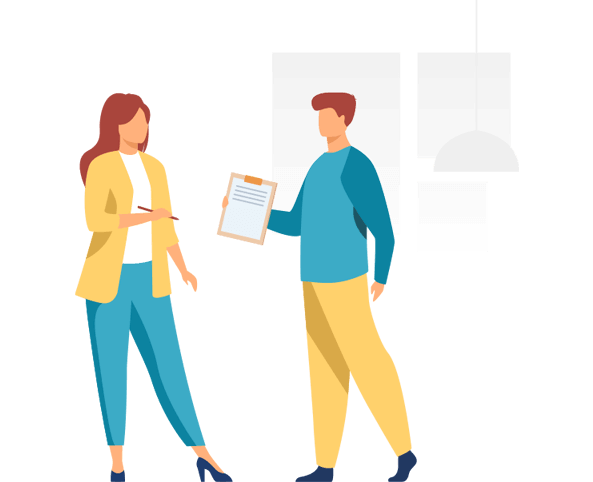 Buying property for the first time or seasoned investor,
Property Legal Documentation is convenient and easy 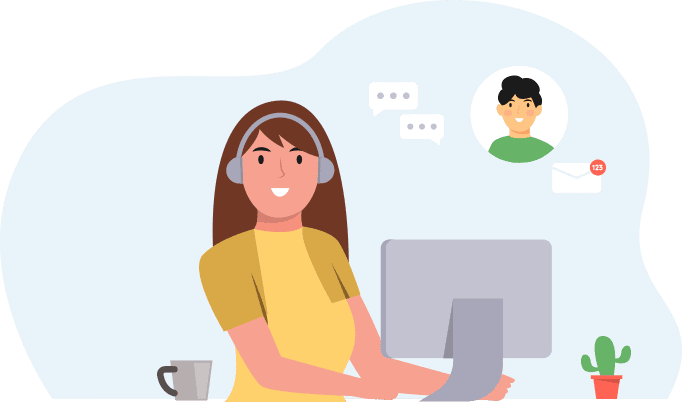 Now property legal documentation at the convenience of your home
with just one click. Get advice and all your property document drafting,
registration from the Senior Property Lawyers 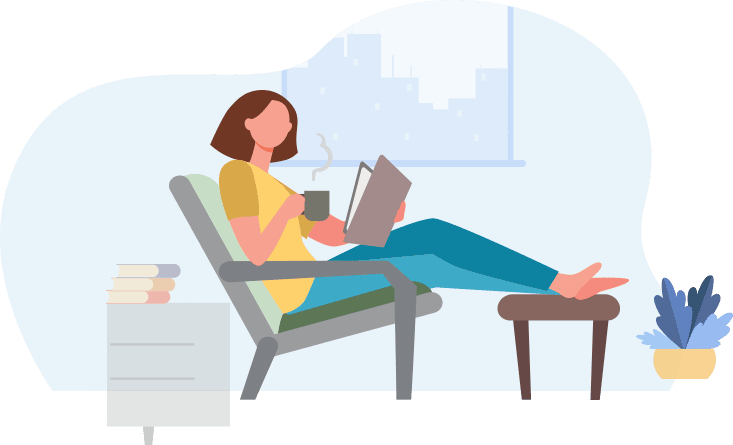 Trusted by more than

During the process of buying and registering property, Property Verification is the first step before you decide to move ahead with the purchase. Most buyers spend months - first asking for and trying to procure the numerous documents, and then more time effort and money in trying to verify their authenticity. With LegalKart’s Property Verification service, you can get all the documents verified quickly, easily and conveniently from the comfort of your home. 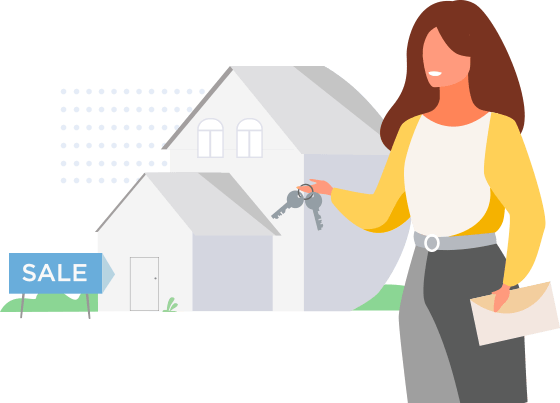 Only the best property lawyers will consult you 24X7. Impeccable documentation & faster delivery of service. Get ready to be delighted.

We take timelines seriously and so we adhere to commitments. You will receive alerts and updates on WhatsApp and SMS.

When should I get the property papers verified?

When you decide to buy a property or commercially lease a property, the first thing you should do is get the property papers verified by a property legal expert.

What are the documents required for property verification?

Depending on the type of property you are buying, you will need to get the relevant documents verified by a Property Lawyer.

Who will do the property verification?

An experienced property lawyer will do the property verification

How will I submit my documents?

You can upload the documents after the payment is processed. If any additional documents need to be uploaded then you can do so after logging into your account.

If I have any questions or want to discuss any issue with the lawyer, how can I do that?

With every Property product purchase, you will be credited 60 minutes of Lawyer Consultation time. You can utilize these minutes to consult a Property Expert Lawyer and discuss your issues.

What will happen if I do not register my property?

According to the Registration Act, 1908, any transaction having the sales proceeds of Rs 100 has to be registered. So, practically registration is a must wherever there is a sale and purchase of property or transfer of property. When you register your property, you will be able to establish your lawful ownership on the property.

Is there a time limit for registering a property?

The documents needed for registration must be presented within four months from the date of execution. Failure to register the purchase agreement of a property will attract a penalty. If a document that needs to be registered, remains unregistered, then it will not be acceptable by the court of law.

How is stamp duty calculated?

How long does it take to get the Sale Deed?

Previously, the Sale Deed document was returned after 4 months, but today, due to computerization, the copy of the Sale Deed is available on the same day.

I had an amazing experience with LegalKart. Right from Property Paper Verification to the Sale Deed Registration, LegalKart provided me end-to-end support while purchasing my new home. I’m extremely satisfied with their service and the timely updates they provided during the whole process. 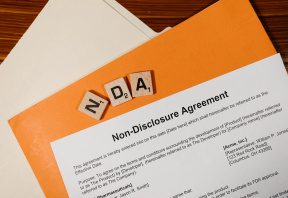 Non-disclosure agreement or ‘confidentiality agreement’ is an agreement wherein the parties agree to keep any information shared as confidential. These NDA agreements are governed by the Indian Contract Act, 1872 and are thereby legally binding. Typically speaking these agreements lasts for 2-5 years but corporate companies may enter into a non-terminating NDA so as to protect the trade secrets permanently.

The two common remedies available when there is a breach of NDA are: injunction where the court stops the confidential information from spreading and monetary compensation.

A generic or standard NDA refers to a basic and standard form of an NDA which can be used by various independent contractors, businesses, startups, companies, partnerships etc in order to protect their proprietary information. A typical NDA template contains the following headers and information:

There are three types of time periods usually employed in an NDA; an indefinite period that terminates when the information is no longer a trade secret; a fixed period of time; or a combination of the two.

Here, the NDA can be used to protect a variety of confidential information apart from ideas and intellectual property rights such as processes of manufacturing, chemical, physical etc, business strategies, designs blueprints, formulas, computer software, customer lists, physical devices and know-how. Also, in a generic NDA there must be some spotlight shed on the relationship between the receiving and the disclosing party, it can be that of a employment, licensing, investment, partnership or a joint venture. The severability clause gains importance in the cases where the matter reaches the courts due to some conflicts or dispute, in such a case the if the court rules one part of the NDA as invalid still the rest of the agreement remains valid and still applicable, thus this avoid the chance of whole agreement being invalid just because one of the provisions became invalid.

The waiver provision serves as a chance to sue the other party for the breach of an NDA later than the actual time period when the breach happened. Thus, in this manner your right to sue is still open and can be used when needed.

Mutual NDA refers to those situations wherein each side may share the confidential information among themselves in an effort to create an end product or service. These are also called ‘bilateral NDA’ and both the parties are legally bound to the non-disclosure and will be held financially and legally liable for any breach. These type of NDA prove to be beneficial when both the parties need access to each other’s confidential information, some examples are partnerships, mergers, projects etc.

Whether it is for startups or for others, the major asset of any corporate body is its intellectual property rights, therefore all startups must have a standard NDA which will be helpful in protecting their proprietary information about their company. The crucial aspect is to use them wisely and not to fall in the trap of using them too broadly and too often. There is a rule prevailing that the venture capitalists do not sign NDA when receiving pitches from the startups, since there are a lot of floating ideas and pitches, therefore demanding a VC to sign an may not be a good idea.

NDAs need to be drafted efficiently and hence, it is advised that you hire a legal professional to draft a NDA. Signing a NDA without getting it reviewed from a lawyer is also a strict-no. Always consult a lawyer before you enter into a NDA. 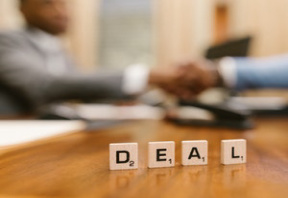 Starting a new business is not something you do on a whim. You will spend a lot of time researching the benefits and drawbacks of entrepreneurship and will have a lot of queries about it. Franchising appeals to many would-be entrepreneurs because it allows them to run a successful business without setting up a business. There are many advantages and disadvantages of starting a franchise for both franchisors and franchisees. The franchisee is a third-party buyer who buys the franchisor's brand rights (the brand owner). The franchisee pays the franchisor an initial franchise fee in exchange for the right to use the brand and regular franchise fees for marketing, royalties, and other expenses.

Advantages of Selling a Franchise

The initial component needed in order to start a franchise is 'capital'; the capital can be made available from the franchisees itself and thus no need for the franchisors to take out a loan. The most important actor that keeps the place running are the staff and employees in the franchise, and thereby their training becomes an essential aspect in the franchise's day-to-day operations. The franchisor only makes sure to give the technical and business knowledge to the franchisee at the start, thus the daunting task of the management, training and hiring of the staff falls on the shoulders of the franchisee. Moreover, in the longer run the franchisor faces minimal risk since the responsibility of taking the debt and liability is on the franchisee, thus the franchisor can focus on the bigger picture related to the overall success of the business.

When discussing the advantages that a franchisee has when opening a franchise, all the crucial information and training that makes any given franchise a success are duly provided by the franchisor for they need to ensure the preservation of their goodwill. This forms a part of comprehensive business assistance which includes brand, location, equipment, advertising plan and a structural business plan provided by the franchisor. This is commonly called 'turnkey business' in which everything that a buyer needs to start running the business immediately is already provided. Another advantage of franchise business is that a loyal customer base has already been made over the years and the people are already familiar with the brand name.

Disadvantages of Selling a Franchise

Some significant disadvantages of a franchise for a franchisor are:

People Also Read This: Franchise Terms And Conditions In India 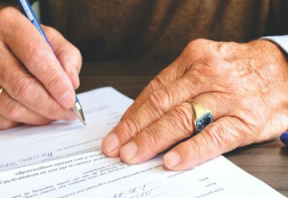 What is Meant by the Term Franchise?

A franchise (or franchising) is outsourcing one’s brand to enhance distribution. A franchisee has to pay a royalty and/or an initial fee for the right to do business under the franchisor's name and their system. Although technically, the term "franchise" refers to the contract that links the two parties, it is more usually used to refer to the franchisee's actual business.

What are the Terms and Conditions of a Franchise Agreement?

The following are some of the key terms which are generally included in a franchise terms and conditions agreements:

Some of the most commonly used franchise terms are: