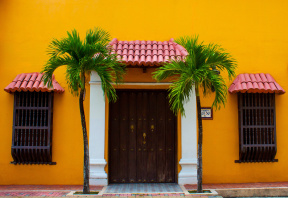 You inherit property when your parents or grandparents, or any other relative pass away. This inheritance can either be through a will or intestate succession. Intestate succession means that the property will pass on to your legal heirs through rules created by the laws of succession. Different personal laws govern the rights of heirs to an estate. Many people do not know how inheritance rights function and this lack of knowledge leads to issues during partition or succession. Through this article, we will tell you how heirs' rights to property function in India.

The Right to Inherit Property

Before we discuss the heir property rights, it is essential to understand the two types of property. Typically, a property is of two types:

Property can be acquired in many ways. You can enter into an agreement with another person, such as a sale deed for the sale of their land to you, and thus acquire that property. There are many other such modes. Inheritance is one of them. Thus, when you inherit a property, the consequence is that you will be able to exercise some rights over it.

As mentioned above, the Law of Inheritance will decide who the new owners of your estate will be. Certain persons will inherit defined shares of your estate. These persons are known as your' heirs'. Each of your heirs will have a right in your estate.

The Law of Inheritance in India

People Also Read This: What Does the Succession Law Say?

As a child, you generally have the right to inherit some portion of your parents' property. However, your parents are perfectly capable of varying your share, or depriving you of your full share (thus completely disinheriting you), by executing a Will to this effect.

Those who read this Article also Consulted a Lawyer about Property inheritance process.

Women, before 2005, were looked upon as members and not coparceners. Hence, they did not have a right to inherit the property. Let us understand women's inheritance rights in India vis-à-vis the different positions women hold in the family:

While rules of Intestate Succession govern the distribution of a property where no will is left behind, it is preferable that you take legal help and prepare and register a Will. Inheritance through a Will is easier and smoother. 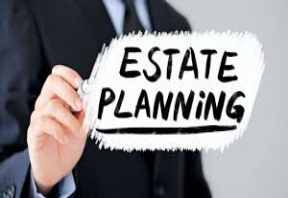 Inheritance of Property After Death

Throughout your life, you have accumulated a number of properties. All of these properties, taken together, comprise your estate. If you want to choose whom your properties pass on to, you should frame a will of inherited property. If you do not frame a will then the property succession will happen as per law of inheritance. Let us see how property is inherited in India.

Inheritance of Property in India

The Law of Inheritance, also known as the Law of Succession, controls the process of inheritance. Property succession in India is of two types:

Succession will be either testamentary or intestate. It cannot be both at the same time. If you leave behind a Will, the succession of your estate will be testamentary. If you don’t, it will be intestate.

Testamentary succession will occur if you leave behind a Will.

You have practically unlimited discretion to decide, your legatees and the shares of your estate each will inherit. Generally, all of your property can be bequeathed by a Will. However, if you are a Muslim, then you cannot bequeath by a Will any more than 1/3 of your estate, unless your legal heirs consent to exceeding this cap. There is no such limitation for anyone else.

The manner of executing a Will differs, based on whether you are governed by the Indian Succession Act, 1925 or the Muslim Law of Testamentary Succession:

After your death, someone has to take the responsibility of carrying out the instructions in your Will. This process is known as the execution of the Will, and the person who does it is known as the executor. They will ensure that the specified shares of your estate are bequeathed to the respective legatees. There can be multiple executors. You have the option to specify the sole executor, or co-executors, of your Will in the Will itself. Remember to take their consent. Do give some thought to your choice of an executor, as this person will be the one responsible for executing your Will. If you don’t appoint an executor, or the executors refuse to act as executors after your death, the competent court can appoint some of your legal heirs as the executor[s].

Regardless of which Law of Intestate Succession applies, at the highest level, all of them operate similarly: each of your legal heirs will inherit specific shares of your estate. The legal heirs, and the shares they are each entitled to, will vary based on the number of legal heirs alive and their relationship with each other. For instance, consider a married Hindu male. If you are a Hindu married male, ordinarily, your wife, sons, daughters, and mother are your legal heirs. They will each take an equal share of your estate. Thus, if you are survived by a wife, mother, one son, and one daughter, each of them will take a ¼ of your estate. However, if your daughter is dead, but she is survived by her only daughter (your grand-daughter), the grand-daughter will become an additional legal heir entitled to her mother’s share. Thus, she will inherit ¼ of your estate.

Hence, the inheritance of property in India is a complex process, and in the absence of a will, is governed by property succession laws. 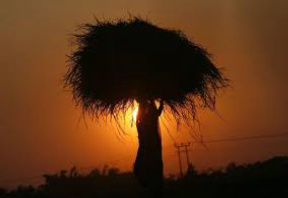 The Inheritance Law in India

There is no uniform inheritance property law in India. The law of Inheritance varies based on one's religion. Thus, Hindus, Muslims, Christians, Parsis, etc., are governed by their own separate inheritance laws.

When Can a Widow Inherit Her Father-in-Law's Property?

(Those who read this Article also Consulted a Lawyer about Property inheritance law.)

Inheritance/succession is of two types:

Depending on the circumstances, a widow can inherit her father-in-law's property through both these modes.

Every adult and a mentally sound person is capable of executing a Will. The person who executes a will is known as a testator. A Will, by definition, specifies to whom the properties of the testator will pass to on their death. These beneficiaries are known as the legatees of the Will. A testator has almost unlimited discretion to decide the legatees of their Will (who need not their family members or relatives) and how to divide their estate amongst the legatees.

On the contrary, there is also a corresponding risk. If the deceased father-in-law has left behind a Will, but the Will has not allotted a share of his estate to the widow, then the widow cannot claim any share of the deceased's estate.

Under Hindu Law, the property is of two types: Joint Family property and Self-Acquired property.

Illustration— The deceased X (the father-in-law) has been survived by his only daughter D, mother M, and the widow W of a son who died before him. This widow W has a single daughter WD of her own.

Hence, the widow is entitled to inherit 1/6 of the self-acquired property of the father-in-law.

Indian inheritance law gives more rights to a daughter than a daughter-in-law in father-in-law's property. The widow would be entitled to her deceased husband's share in an intestate succession.

It is hard to cope up when a loved one passes away, even harder when the deceased is the head of the family. Some plan for succession and create a Will while they are alive. However, many don’t foresee the need and leave it to chance. In such situations, it is tough for the rest of the family members to decide how the property Will be divided amongst and transferred to heirs. Who gets what, when and how remains some uncomfortable questions?

In simple terms, it is defined as the succession of property by a WILL or TESTAMENT as per applicable rules of law. As per Hindu Law, any male or female can make a Will to transfer his or her property or assets to anyone. The Will is treated as valid and enforceable by law.

People Also Read This: The Law of Inheritance Rights in India

It is important to understand the frequently used terms that might sound complicated but are easy to interpret. They are:

Those who read this Article also Consulted a Lawyer about Will and inheritance.

Important Characteristics of a Valid Will

A Testator must consider the following essential characteristics while creating his or her Will:

Why is having a Will Important?

Each person wishes that his legal heirs stay a part of the cohesive family even after his or her death and that there are no fights over property matters. After all, fair division of property is a sensitive matter. In today’s times, if it is done properly, it can make long lasting relationships and if done otherwise, it breaks relations forever.

Generally, a very common question arises here as to what happens if a person dies without leaving a Will behind? In such cases, the division and transfer of property happens by way of law. This is called intestate succession.

In India, Testamentary succession is governed by The Indian Succession Act 1925 including the intestate succession. Most importantly, this law extends to the whole of India but is only applicable to the Wills and codicils of Hindus, Sikhs, Buddhists and Jains by religion.

Also, for Hindus, the intestate succession and all its exceptions are codified in the Hindu Succession Act, 1956. It does not apply to Muslims, Christians, Parsis and Jews. For example, Muslims are allowed to dispose their property and assets according to Muslim Law.

It is always advisable to write a well thought and a fair Will. In case of any ambiguity or in the absence of a Will, there is a possibility that the legal heirs of the deceased would engage in unwanted ugly legal battles for claiming their rightful share.

Legal Experts at LegalKart can help draft a Will that best suits your requirement.

Those who read this Article also Consulted a Lawyer about Will and inheritance.