Many of us may have plans to buy land parcel(s) – residential, commercial, or agriculture. I mean having an independent house or a commercial store or a farmhouse is one big dream for most of us. However, we must be aware of the fact that the piece of land that we acquire by way of purchase or lease, or inheritance has clear demarcations and is free from any disputes. Ultimately, no one wants to bear an unnecessary headache while putting in life savings.

There is this other scenario where you already are an owner of a piece of land with a clear definition of its title and demarcation. However, the Government announced a development plan that mentions that the piece of land, which is in your name, will get acquired in due course. The biggest question that arises in your mind in this situation is, what are my options now?

So, it becomes important to understand certain basics of land acquisition, disputes arising out of it, parties affected, the need for a land acquisition lawyer, and so on.

What is Land Acquisition?

In simple words, it is defined as:

What is Land Dispute?

It is simply defined as a disagreement between two parties over the legal right of a particular piece of land. The legal rights include the title, possession, and control of land parcels under consideration.

People Also Read This: Land & Property Registration: All You Need To Know

Who Can Get Affected By Land Disputes?

Anybody who is a rightful owner of a piece of land can get affected by land acquisition and the related disputes arising in the process. Generally, the affected parties include:

India as a country has so much diversity and multiple interests. However, many-a-times, it becomes an unavoidable reason for land acquisition disputes. Disputes can arise while the government announces the acquisition of land parcels. But there are several other reasons due to which a dispute may arise and the help of a land acquisition lawyer is needed.

Some common ones are:

Who is a Land Dispute Lawyer?

He or she is a qualified person in land acquisition law and can represent you to defend your dispute settlement claims in a court of law.

People Also Read This: What is a Land Possession Certificate?

Why Do We Need A Land Dispute Lawyer?

The land-related laws generally tend to be complicated. Especially, in a country like India, where land is a state subject and is governed by multiple legal frameworks. Interpreting the laws correctly is the most essential when you are in the middle of a dispute or your land property is getting acquired. Ultimately, getting the right advice is the only thing that matters the most apart from getting a timely redressal to the dispute.

Getting proper legal advice is not a choice but a necessity and hence there is a strong need of consulting a qualified expert who will help in charting your further course of action.

A land dispute lawyer can assist you in the following:

While no one wants to be in the middle of such an ugly situation, several times many of us become a victim of an unwanted unpleasant legal tussle. The biggest problem of such a dispute is that no one knows the time it will take to get a proper resolution. So many different legislations built around land acquisition and disputes further complicate the already twisted situation and make matters worse. The only immediate redressal that comes to one’s mind is a qualified and experienced land dispute lawyer. 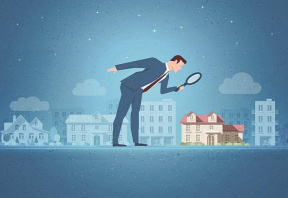 Every state government maintains the land records of that state. Almost all transactions in the land are required to be registered with the local Sub-Registrar of Assurances. Thus, whenever an encumbrance was imposed on land, you can expect it to have been recorded in the land records pertaining to that land maintained by that Sub-Registrar. Hence, the EC for a land is issued by the local Sub-Registrar of Assurances. To know the encumbrances on a land, you must conduct an encumbrance certificate search.

Karnataka has an easy process for obtaining the Encumbrance Certificate (EC) of lands situated in the state. This includes BBMP areas. You can use the Kaveri Online Services Portal to apply for and get an EC for a particular land.

The process is as follows:

Again use the  Kaveri Online Services Portal to download your Encumbrance Certificate (EC) online. The procedure is as follows:

People Also Read This: Know all about Possession Certificate