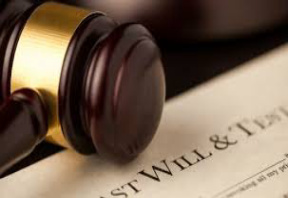 You would have often heard of disputes regarding the grandson's right in grandfather's property. In India, the inheritance law for grandchildren is the respective law of succession/inheritance.

Hence, the right of grandchildren to inherit their grandparents' property must be determined per the applicable law of succession.

When a Grandchild/Grandson Can Inherit Grandfather's Property?

A self-acquired property is inherited either by a will or by rules of succession. If the deceased leaves a will behind, the property is divided according to that. If no will has been left behind, then the applicable law of succession will determine if the grandson will have a right on grandfather's property.

Every adult and a mentally sound person is capable of executing a Will. The person who executes a will is known as a testator. By definition, a Will specifies to whom the properties of the testator will pass to on their death. These beneficiaries are known as the legatees of the Will. A testator has almost unlimited discretion to decide their Will's legatees (who need not their family members or relatives) and how to divide their estate amongst the legatees.

A grandchild can inherit their grandparent's property only if their parent through whom they are related to that grandparent has died before that grandparent. In such a case, the share of the grandfather's property the parent in question would have inherited if they were alive will be divided amongst the mother (if she is alive) and the grandchild and their siblings. The siblings, and the mother, will divide this share equally. The siblings will both get equal shares.

Illustration— Grandchild G is related to their grandmother GM through their father F. F has died before GM. F, if he were alive, would have been entitled to inherit 1/3 of GM's property. G has a sibling S, and a surviving mother M. Hence, the 1/3 share of GM will be divided equally amongst M and G+S. Thus, M will take get a 1/6 share, and G and S will divide their 1/6 shares equally amongst themselves. So, finally, the grandchild G will get 1/12 of the grandfather's property.

People Also Read This: About Property Rights of Daughters in India

Let us also see how the property inherited from a father differs from the property a grandson inherits from his grandfather:

Hence, the distribution of grandfather's property among his grandchildren depends heavily on the type of property it is. However, to avoid disputes, it is always best to prepare a will beforehand.

Those who read this Article also Consulted a Lawyer about inheritacne rights of childern.