Nikhil has 17 years of work experience and has worked across different organizations in diverse roles including a Software product company, Chamber of Commerce, Consulting company, an early stage Startup and a Social Development organisation. Nikhil specialises in events and outreach management, marketing communications, managing PR and media, government affairs and policy advocacy. He is currently associated with a large Indian private sector bank as an Advocacy and Policy Engagement Specialist. He writes extensively on Cybersecurity, Internet Safety and Legal topics. Additionally, he also contributes his knowledge in video format. Nikhil has attended an Executive programme in Marketing Management from IIM Kozhikode. He is an Electronics Graduate from Delhi University and has completed his Masters in Business Administration from Guru Gobind Singh Indraprastha University, New Delhi.

Many of us may have plans to buy land parcel(s) – residential, commercial, or agriculture. I mean having an independent house or a commercial store or a farmhouse is one big dream for most of us. However, we must be aware of the fact that the piece of land that we acquire by way of purchase or lease, or inheritance has clear demarcations and is free from any disputes. Ultimately, no one wants to bear an unnecessary headache while putting in life savings.

There is this other scenario where you already are an owner of a piece of land with a clear definition of its title and demarcation. However, the Government announced a development plan that mentions that the piece of land, which is in your name, will get acquired in due course. The biggest question that arises in your mind in this situation is, what are my options now?

So, it becomes important to understand certain basics of land acquisition, disputes arising out of it, parties affected, the need for a land acquisition lawyer, and so on.

What is land acquisition?

In simple words, it is defined as:

What is a land dispute?

It is simply defined as a disagreement between two parties over the legal right of a particular piece of land. The legal rights include the title, possession, and control of land parcels under consideration.

Who can get affected by land disputes?

Anybody who is a rightful owner of a piece of land can get affected by land acquisition and the related disputes arising in the process. Generally, the affected parties include:

India as a country has so much diversity and multiple interests. However, many-a-times, it becomes an unavoidable reason for land acquisition disputes. Disputes can arise while the government announces the acquisition of land parcels. But there are several other reasons due to which a dispute may arise and the help of a land acquisition lawyer is needed.

Some common ones are:

Who is a land dispute lawyer?

He or she is a qualified person in land acquisition law and can represent you to defend your dispute settlement claims in a court of law.

Why do we need a land dispute lawyer?

The land-related laws generally tend to be complicated. Especially, in a country like India, where land is a state subject and is governed by multiple legal frameworks. Interpreting the laws correctly is the most essential when you are in the middle of a dispute or your land property is getting acquired. Ultimately, getting the right advice is the only thing that matters the most apart from getting a timely redressal to the dispute.

Getting proper legal advice is not a choice but a necessity and hence there is a strong need of consulting a qualified expert who will help in charting your further course of action.

A land dispute lawyer can assist you in the following:

While no one wants to be in the middle of such an ugly situation, several times many of us become a victim of an unwanted unpleasant legal tussle. The biggest problem of such a dispute is that no one knows the time it will take to get a proper resolution. So many different legislations built around land acquisition and disputes further complicate the already twisted situation and make matters worse. The only immediate redressal that comes to one’s mind is a qualified and experienced land dispute lawyer. 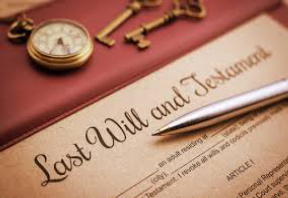 It is hard to cope up when a loved one passes away, even harder when the deceased is the head of the family. Some plan for succession and create a Will while they are alive. However, many don’t foresee the need and leave it to chance. In such situations, it is tough for the rest of the family members to decide how the property Will be divided amongst and transferred to heirs. Who gets what, when and how remains some uncomfortable questions?

What is the meaning of Testamentary succession?

In simple terms, it is defined as the succession of property by a WILL or TESTAMENT as per applicable rules of law. As per Hindu Law, any male or female can make a Will to transfer his or her property or assets to anyone. The Will is treated as valid and enforceable by law.

It is important to understand the frequently used terms that might sound complicated but are easy to interpret. They are:

Important Characteristics of a valid Will

A Testator must consider the following essential characteristics while creating his or her Will:

Why is having a Will important?

Each person wishes that his legal heirs stay a part of the cohesive family even after his or her death and that there are no fights over property matters. After all, fair division of property is a sensitive matter. In today’s times, if it is done properly, it can make long lasting relationships and if done otherwise, it breaks relations forever.

Generally, a very common question arises here as to what happens if a person dies without leaving a Will behind? In such cases, the division and transfer of property happens by way of law. This is called intestate succession.

In India, Testamentary succession is governed by The Indian Succession Act 1925 including the intestate succession. Most importantly, this law extends to the whole of India but is only applicable to the Wills and codicils of Hindus, Sikhs, Buddhists and Jains by religion.

Also, for Hindus, the intestate succession and all its exceptions are codified in the Hindu Succession Act, 1956. It does not apply to Muslims, Christians, Parsis and Jews. For example, Muslims are allowed to dispose their property and assets according to Muslim Law.

It is always advisable to write a well thought and a fair Will. In case of any ambiguity or in the absence of a Will, there is a possibility that the legal heirs of the deceased would engage in unwanted ugly legal battles for claiming their rightful share.

Legal Experts at LegalKart can help draft a Will that best suits your requirement. 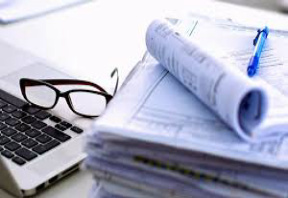 It is everyone’s dream to be a proud owner of a house. Isn’t it? No matter big or small, after all your owned house is your own. While the process of buying a house in India is fairly complicated, it is a known fact that the business of real estate is marred with lack of transparency and corruption at the grass root levels. To make matters worse, there are hardly any government authorised information outlets from where you can get complete information about the process of buying a house and the legal formalities involved.

In the absence of this valuable information, the entire process of owning a house becomes even more nightmarish for prospective buyers, let alone knowing the difference between what a particular document means and why that document is important in the purchase process. Ask any individual who is going through the process and he or she will tell you certain realities that are horrifying to hear.

Nevertheless, we resolve to clear the air for you. By the end of this article, you will have a reasonable understanding about mandatory property documents like conveyance deed, sale deed, difference between these two documents and so on.

What is a conveyance deed?

It is a legal document that is used to willingly transfer the title of the property from one person to the other. The transfer of title can be in the form of either a gift or a lease or an exchange or a mortgage or a sale. A conveyance deed essentially has the following characteristics:

What is a sale deed?

Before going further, we must also understand this. It is a legal agreement between the buyer and seller of the property where seller agrees to transfer his or her ownership to the buyer through sale on meeting certain mutually agreed terms and conditions. The important characteristics of a sale deed are:

What is the difference between a conveyance deed and a sale deed?

While there are so many jargons that you hear related to property documents, it is important to know various types of conveyance deeds that can be executed. There are three:

Contents of a conveyance deed

It is important to clearly draft legal document(s). It is even more important to get them executed carefully. Afterall, when it comes to matters as sensitive as property, you cannot afford any lapses. Talking to a Legal Expert is a right thing to do.

LegalKart takes pride in simplifying the interaction between you and an advocate, whether it is your first interaction or a second opinion. Talk to a LegalKart Expert today and get unbiased and honest answers to your problem. Right advice, ultimately can make a difference.